I think this is the hardest toy review I’ve ever written. I was sent three packages of ZitsTM (EWWW!) pop n’ play pimples, (TOY PIMPLES, people) to review.

Disclosure: I was also compensated for this review, but not required to express any certain opinion. All opinions are mine. 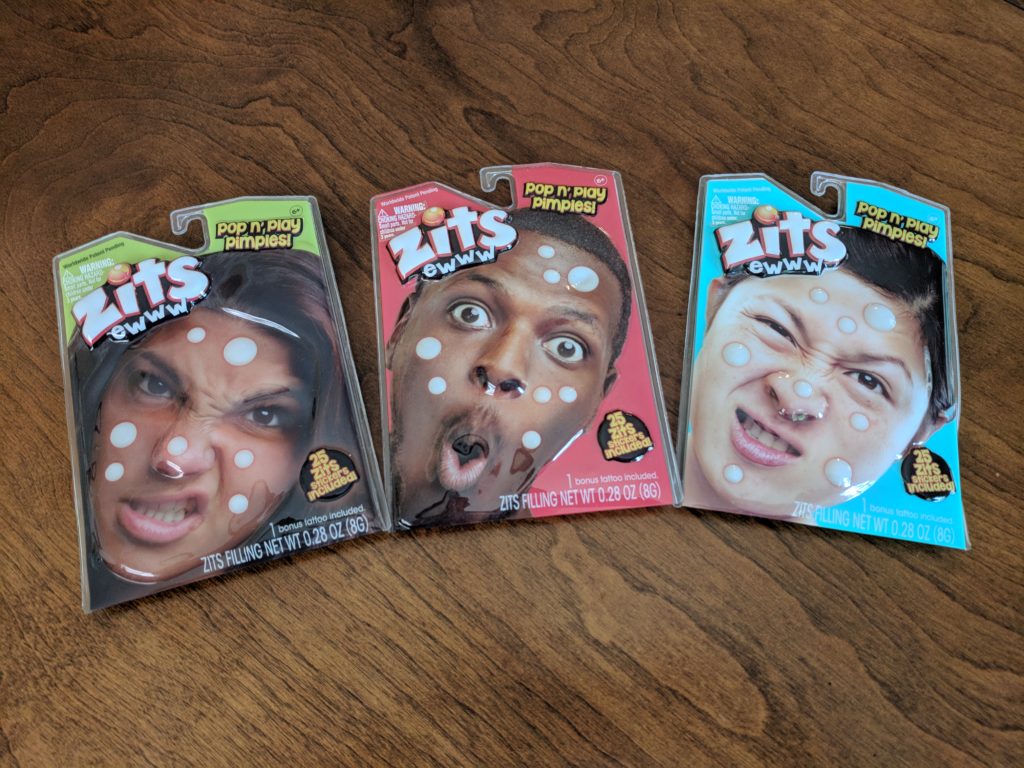 I thought, oh, kids have always liked gross toys. I remember Garbage Pail Kids from when I was young. Those were pretty nasty. I helped my kids make slime and oobleck in the 90s, and bought something my boys called “farty putty” that I think was really called Flarp.

Once again, gross toys are having a moment, with The Grossery Gang, The Ugglys, and more. The Toy Insider even reports on a whole segment of gross-out toys at the 2018 North American International Toy Fair.

And in recent years, pimple popping has come out of the bathroom and the dermatologists’ offices on to YouTube. One of the most popular channels features the videos of the dermatologist known as Dr. Pimple Popper, Dr. Sandra Lee, as she lances, cauterizes, and extracts all manner of soft and hard pops.

Now kids who haven’t had their first pimple can pop with the best of them with ZitsTM (EWWW!) pop n’ play pimples. For around $4.99 at Walmart and other major retailer, you can buy a package of 25 zit stickers. The package says they are easy to use. You just peel off the backing, stick it to your skin, and squeeze until they pop.

A not-insignificant amount of white goo (I have a five-year accounting degree and just typed out the words “white goo”.) oozes out of the little sticker bubble.

Watch them in action in this video from the company. I couldn’t. I literally gagged.

The company says the Zits pop n play pimples are safe and non-toxic. In addition to the 25 pack previously mentioned, they are also sold in a massive pack of 100 for $19.99 at IGotZits.com. 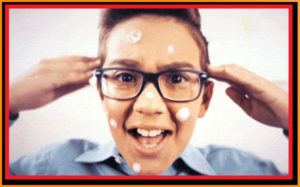