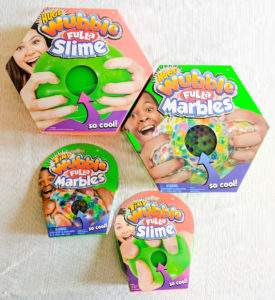 I was sent a set of large and small Wubble Fulla Slime and Wubble Fulla Marbles to review.  I was also paid a small amount for my time, but I am not required to have a positive opinion or write anything specifically. All opinions are my own. I’ll probably use what they paid me to buy more Wubble Fulla. 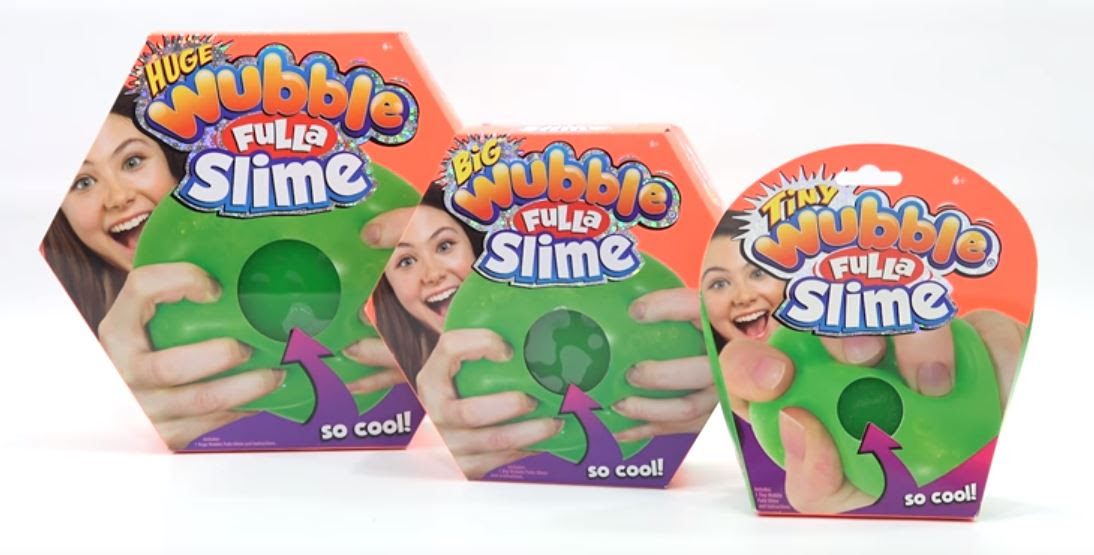 Wubble keeps coming out with great new variations from their original Wubble Bubble. My kids were so rough with it I had to tell them you bought the pump, but rented the bubble. The Wubble Bubble in my house had the life expectancy of a Red Shirt in Star Trek. Not long! Over time the product became more durable and kids learned that going ham on the Wubble Bubble only brought tears.

Now there are two new versions of Wubble Fulla–Wubbles filled with either gooey slime or soft and colorful Magic Marbles.  The new ball comes in three super squishy sizes: Huge (5″), Big (4″) or Tiny (just under 2 ½”)!  Each size comes stuffed with either slime or Magic Marbles – colorful and squishy round balls made of a super-absorbent polymer that absorbs water. Whichever you choose, once you pick up Wubble Fulla, you won’t want to put it down.

My Wubble Fulla Slimes are green, but I see a lot of potential for different colors. I hope they add different colors and things like glitter and glow in the dark. It’s a good, cleaner alternative to the homemade slime craze that seems to grip all elementary school kids from coast to coast. With the Wubble Fulla Slime, kids can play with slime and not get it on their hands.

I tested both the Wubble Fulla Slime and the Wubble Fulla Marbles in huge and tiny. The tiny size is a perfect desk toy or fidget toy. The Huge size feels amazing, but at around 40 ounces, make sure kids don’t lob it at each other. It’s heavy! Playing with it is the physical equivalent of watching on of those YouTube videos where people brush things or cut up soap. Strangely soothing.

Find out more at the Wubble Website. You can also shop for Wubble products at Target, Toys R Us, and Walgreens. Be patient, since they are selling out and being restocked quickly. In store, I typically see Wubble stuff on endcaps.

Want a chance to be A Wubble Winner? Enter here:
a Rafflecopter giveaway