There’s tiny me watching Star Wars for the first time. I didn’t know what that feeling meant when Han Solo first showed up on the screen, but now I do. I liked men.

Not pale, whiny boys like Luke Skywalker, but reformable bad boys like Han Solo. Sure, they acted tough, but they just needed the love of a sassy brunette. And the friendship of a Wookie, but that isn’t a possibility in Tennessee, unless you count Big Foot sightings or Duck Dynasty.

Now forty years after my sexual awakening in a darkened theater near the Rivergate Mall, there’s a Han Solo Star Wars prequel coming to the big screen.

Principle photography has already started at the Pinewood Studios near London. There’s a scheduled release date of May 25, 2018, so polish up the droids and clear my schedule.

In the Han Solo movie we’ll discover the “adventure-filled past of the iconic scoundrel and everyone’s favorite Wookiee.”

“The movie will explore the duo’s adventures before the events of Star Wars: A New Hope, including their early encounters with that other card-playing rogue from a galaxy far, far away, Lando Calrissian.” 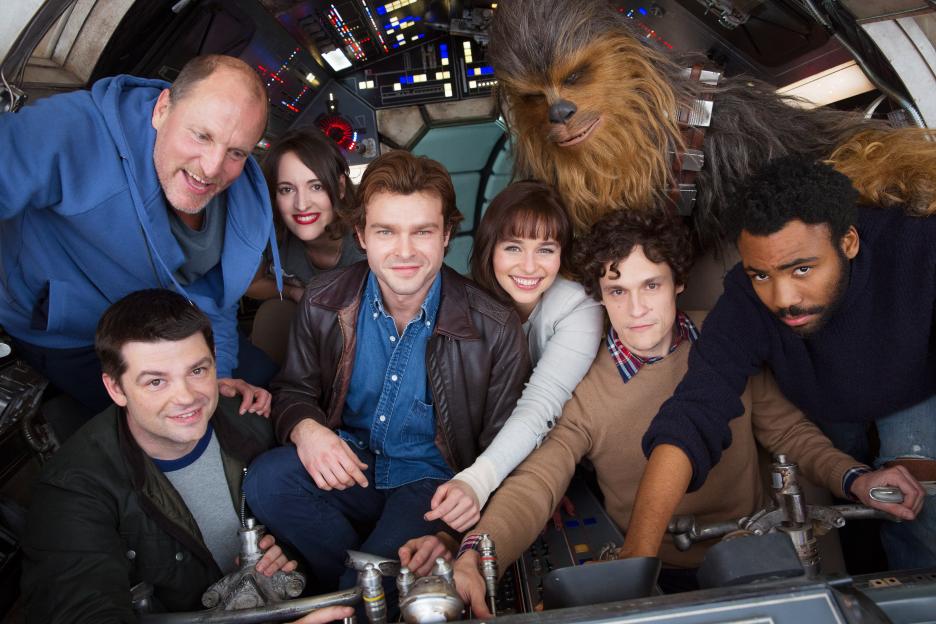 Phil Lord and Christopher Miller are directors co-piloting the movie.

Where you’ve seen the Han Solo Star Wars Cast Before

Ehrenreich appeared as the male lead in Beautiful Creatures (2013), as Danny in Blue Jasmine with Cate Blanchett (2013), and as cowboy star Hoby Doyle in the 2016 Cohen Brothers’ film Hail, Caesar.

While Ehrenreich acted in some prestigious movies, his selection to play young Solo is a huge break-out move.

What you remember Woody Harrelson from depends on how old you are. For me, it’s from the TV show Cheers and as a leading man in big budget movies like White Men Can’t Jump and Indecent Proposal in the 1990s.

My kids know him from the Hunger Games movies, Zombieland, and Now You See Me.

Throw in the recent show True Detective, and you see Harrelson has had a long and varied career, even though he always seems to play a variation of himself. Hey, it works for Keanu Reeves and George Clooney.

Normally I’d expect a character played by Emilia Clarke to play the lead love interest, but Star Wars movies have really been subverting those romantic couple tropes with the last few movies. Since her character name is not yet revealed, it wouldn’t surprise me if Clarke played a Wookie or a young female version of the Emperor. With CGI, anything is possible.

You know Emilia Clarke from Game of Thrones where she is Daenarys Targaryen and perhaps from Terminator: Genisys if you were unlucky enough to see that. She played a young, alt-universe Sarah Connor. She’s a capable actress, so I have high hopes for her in the Han Solo movie, whether she’s in heavy character makeup or not.

Perhaps the best casting choice ever. If anyone is possibly as cool as Billie Dee Williams, I’m pretty sure it’s Donald Glover. And this is The Year of Glover. If you aren’t watching his show Atlanta, you should be.

You might know Glover from playing Troy Barnes on Community, his break-out acting roll.

Fun fact: he was so young when he started behind the scenes as a writer for the show 30 Rock, he was still living in his dorm at NYU.

If you hate life, you might know Newton from the tedious show, The Slap.

If you like quality entertainment, you have seen her in the show ER (as Makemba ‘Kem’ Likasu),

and the movies Jefferson in Paris as Sally Hemings, Mission: Impossible II, Beloved, Crash, The Pursuit of Happyness, and bless her heart, Norbit.

Phoebe Waller-Bridge is in the Amazon Prime series Fleabag that’s getting a lot of buzz right now. You may also have seen her in the shows Crashing and Broadchurch.

She’s appeared in the prestige films The Iron Lady and Albert Nobbs. The Han Solo movie could be what makes ol’ Pee Dubs Bee a household name.

You won’t recognize this guy from anything, though he was a double in The Force Awakens. He’s a 6’10” Finnish guy who fits the suit, like Greg Brady and Johnny Bravo. Still, he’ll probably be my favorite character. 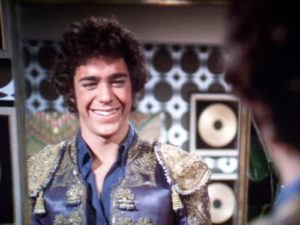 Behind the scenes are Star Wars veteran crew members like

At our college, one of the mechanical engineering professors was a consultant to the original Star Wars  movie for the robotics of the droids.

His name might sound familiar to you if you say it out loud. Dr. Cemil Bagci‘s last name is pronounced BHA-jee. Sound like a language spoken by a certain protocol droid?