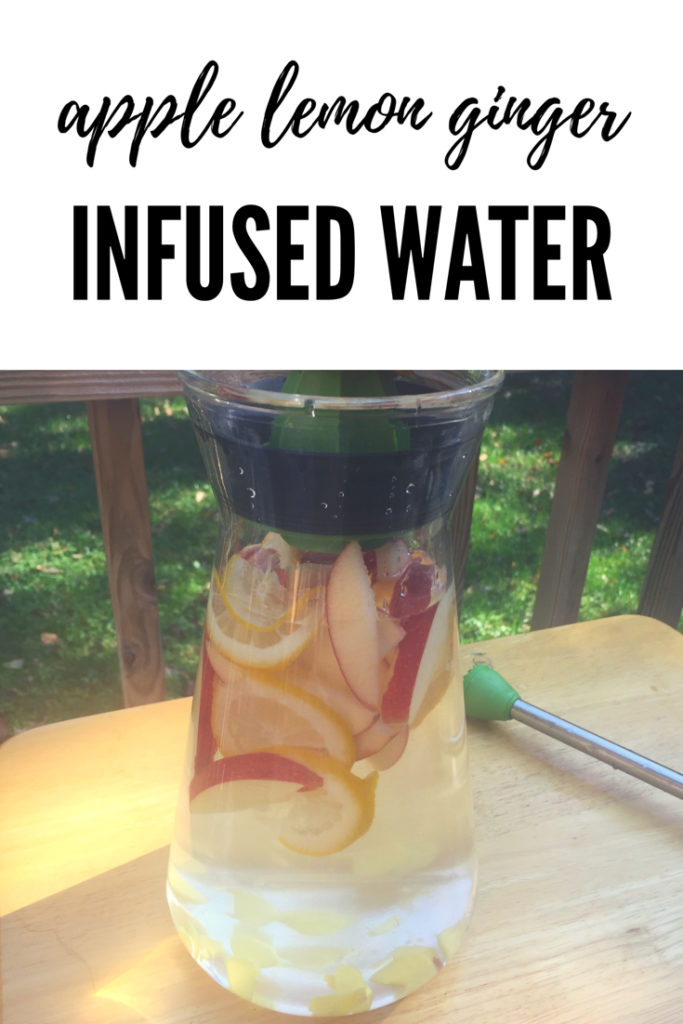 I’m not a big believer in detox waters. I don’t see fruit in some water doing much of anything past what eating the fruit and drinking the water would do. Still, I am a big believer in delicious flavor. Just today I drank a whole pitcher of delicious, fruity water: “apple lemon ginger infused detox water” is quite a mouthful, so let’s just call it fruit water. Take that, toxins!

I never would have thought to put apples in water, but it was super tasty. And the lemon juice in the water not only added flavor, but also kept the apples from oxidizing and turning brown. Hours later, and the apples were still pale and crisp.

Don’t skip the ginger. It gives a nice little kick and kept me from putting in any sweetener like honey or stevia. Also, consider throwing in a cinnamon stick instead, since I think cinnamon and apple would be tasty, too.

Slice half of a washed lemon into paper-thin slices.

Peel an inch or two of fresh ginger root. Slice into paper-thin slices.

Put sliced fruit and ginger into pitcher and muddle.

Top pitcher up with filtered water.

Squeeze leftover lemon half into pitcher.

Stir and let sit in fridge for a few hours so the flavors mingle.

Drink up and feel your liver doin’ its thang!

I used my Zing pitcher that had been sent to me by the company. It muddles, stirs, reams citrus fruit, stores, and pours. I use this pitcher for iced tea, fruit tea, sangria, and mixed drinks.

It is pretty, useful, stores all in one piece, and worth the space in your kitchen. Keep it in the fridge filled with water just to make sure you drink beaucoup water. You can check out the Zing 54 fruit infusion carafe through my affiliate link at Uncommon Goods, where they call it a “flavor infusing carafe.”