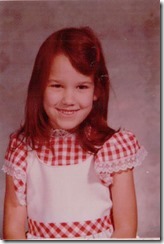 When my family moved to Gatlinburg when I was 6, I started the first day of first grade at a new school. Phi Beta Phi was the biggest big-girl school I’d ever been to.

Kindergarten had been a half-day session in a small building away from the elementary school. This was only recently after all kids started going to K, and the schools built in the 50s had not made room yet for 70s babies. Small space—no real library.

I walked in to the modern and magnificent school library at Pi Beta Phi and smelled that amazing book smell. I looked around, claimed it as my kingdom, and thought, “I am going to read every book in this place!”

I was an early and advanced reader and had special dispensation from the librarian to read chapter books. Big doin’s when you are six. I felt so worldly with my Nancy Drews and my E.B. Whites.

One of my favorite authors was Roald Dahl. I loved the movie “Willy Wonka and the Chocolate Factory.” Back then you could only see an older film the one time a year it was aired on network television, or if the school had a special movie day where all the kids piled in the darkened gym and watched the projection on the wall.

Willy Wonka was creepy, but magical. The book, Charlie and the Chocolate Factory (affiliate link), was even better. Now I was free of the movie’s psychedelic boat ride. I lost the charm of the musical numbers, but I gained the poetry of Dahl’s own words.

All four of my children have read Charlie and the Chocolate Factory, and I look forward to reading it to my grandkids someday. (Not anytime soon, kids!) Someday I’ll walk a new generation of readers into a library, introduce them to my old favorites, and pass on the keys to my kingdom like WIlly did with Charlie.

To celebrate the fiftieth anniversary of Charlie and the Chocolate Factory, Penguin Young Readers Group will grant five lucky winners a Golden Ticket trip to New York City! Winners will get:

Visit RoaldDahl.com for sweepstakes entry forms. Remember, be like Charlie, and not like Augustus Gloop, Veruca Salt, Violet Beauregard, or Mike Teevee. (Did you know in England a veruca is a foot wart. It makes her seem particularly nasty.)

This post was inspired by the classic Charlie and the Chocolate Factory by Roald Dahl, which celebrates its 50th anniversary this year.

Head over to From Left to Write to learn more about how you and your child can have a chance to win the Golden Ticket Sweepstakes where the grand prize is a magical trip to New York City plus much more!

For every entry submitted, Penguin Young Readers Group will make a donation to First Book. Then, join From Left to Write as we discuss Charlie and the Chocolate Factory.

As a book club member, I received a copy of the book for review purposes. And it was delicious.